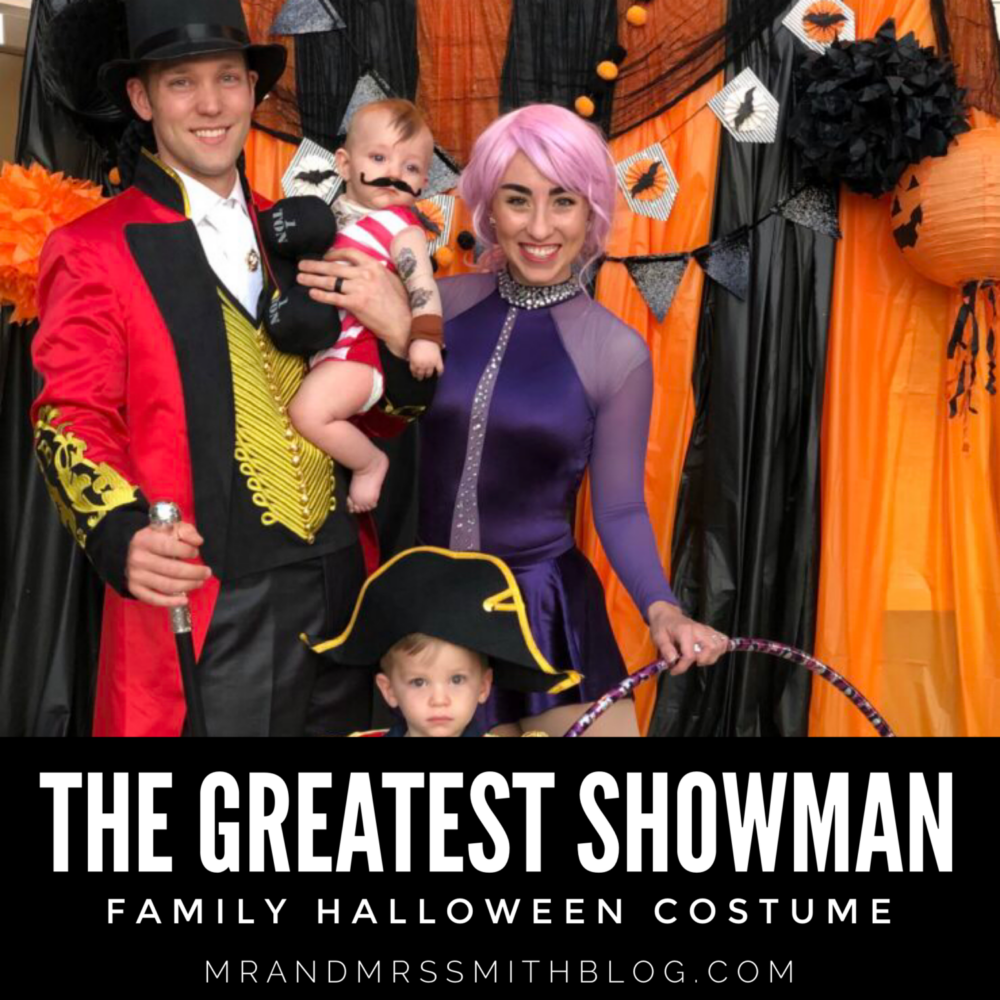 By now I don’t think it’s any secret that my favorite holiday of the year is Halloween! I have always loved dressing up and so glad that I have a husband that loves it just as much as me.

At first Ryker was so excited about being the Greatest Showman. He loves singing along to the music in the car and dancing around while we watch the movie. I thought it was a total win!

As you can see, the kiddos aren’t as thrilled as we might be but we promised Ryker that if he dressed up with our family costume we would let him be whatever he wanted when we went trick-or-treating. He posed for the picture and the outfit was OFF! haha

He decided to dress up as a superhero on Halloween night and all was well.

Next year we will let the boys have more say in our family costume and hopefully they will find a love for it like mom and dad 🙂 fingers crossed!

Cameron first wanted to make his costume but the cost actually would have ended up being way more than ordering this one we found from a costume site in China. If you are going to order internationally make sure you leave plenty of time – like months. I think we ordered his in the summer and it took about 8 weeks to arrive. We ordered the walking stick off Amazon.

Riggs costume we found off Amazon and I bought a little stick on mustache to add to it!

Ryker’s costume was also off Amazon but a little harder to find in the right size. We ended up altering the pants ourselves to make them fit.

My wig is from Amazon and I bought a hula hoop from Walmart. My costume is a dance costume that I ordered and then rhinestoned myself over several nights. I used E6000 to stone my leotard and then wore my practice ballroom shoes that I already owned.

It was such a fun night! THIS IS THE GREATEST SHOW!